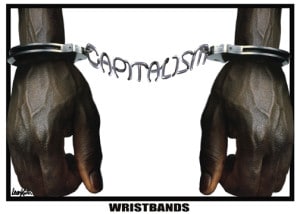 The collapse of the Soviet Union in 1989 had the champions of capitalism crowing that history had ended, that there was no alternative to the “magic of the marketplace.” Historical developments since then have given some credence to this view, as even China has rapidly moved from socialism to capitalism and in the process become a global economic powerhouse. But while the triumph of capitalism over socialism appears to many to have marked the final demise of the radical project, appearances can be deceiving. The disappearance of the Soviet Union weakened the strength of our most powerful ideological construct—anti-communism. Practically every dimension of life in the United States has been organized around fear of and opposition to communism. Any critic of capitalism was charged with being a red or having communist sympathies and could not hope to have much influence. Radicals were purged from the schools, from the government, from the unions, and they were denied access to the media. Communism was the embodiment of evil, and those who were communists or in any way sympathetic to its ideals were evil people, deserving of public scorn, prison, or, if necessary, death.

Now, it is harder for anti-communism to maintain its grip upon society. Without communism as a foil, capitalism stands alone, naked for all the world to see. Our myriad problems— widespread unemployment, declining real incomes, widening inequality, environmental destruction, racism, sexism, and the like—can no longer be blamed on communism or lessened by comparison to it. Therefore, it may be possible to blame capitalism itself for these problems, without automatically being accused of being a subversive. The recent “Great Recession” has made millions of people worldwide question the ability of this system to deliver either adequate food, clothing, and shelter or social cohesion and human happiness. The many radical developments taking place in Venezuela and Bolivia; the worldwide solidarity shown by Cuban medical personnel, most recently in Haiti; the upheavals in Greece and Ireland; the magnificent revolts in Tunisia and Egypt, all of these show a growing anger with the capitalist status quo and a willingness to entertain new ways of thinking and acting.

In terms of my labor education, a turning point occurred with the election of the New Voice slate to AFL-CIO leadership in 1995. The old Cold War apparatus that had supported U.S. imperialism for so long was partially dismantled, and the Federation and some of its member unions became more open to left-liberal and even radical ideas. I noticed that I could discuss the political economy of Karl Marx more openly and that students were not only receptive but enthusiastic. Workers had always had an intuitive grasp of concepts like surplus labor time and surplus value, the inherent and ineradicable conflict between themselves and their employers, the reserve army of labor, and the apologetic nature of mainstream economics. But now I didn’t have to beat around the bush, and I could cover more topics in greater depth. I could ask students to imagine alternative modes of production and distribution and different ways in which work might be organized, and at least some of them would know what I was talking about. They could begin to see that it is capitalism itself that is responsible for their problems.

Anti-communism also served to make workers here xenophobic, blaming those in other countries for the depredations of their own employers. Not that many years ago, many of my students were ignorant of or hostile to workers in the rest of the world. Union workers were unaware of the efforts of their own unions, in collaboration with their employers and their government, to destroy progressive labor movements around the globe. Today, the rapid globalization of capital offers opportunities for radical labor educators to challenge the isolation of U.S. workers. Auto workers cannot ignore what happens in Japan, Mexico, or South Korea. In the past, there was some truth to the notion that workers in this country benefitted from the exploitation of foreign workers, but this is not the case now. Workers everywhere are in competition with workers everywhere else.

I have had some success in promoting the necessity of an international working class response to international capital. When workers become aware of the conditions under which their brothers and sisters in poor countries labor, they are sympathetic. They are interested to hear about efforts to forge international class solidarity, against free trade agreements, for example, and surprised to learn that such efforts have sometimes succeeded. They are impressed to hear that unions in other countries have helped workers here to fight against their employers, and I am sure that they would be willing to help workers elsewhere if given concrete ways to do so. It is not that hard to explain to them that it is their employers and not foreign workers who are the main beneficiaries of capital’s enhanced mobility. They have been told that the only way to meet the challenge of global competition is for them to work harder and for less money. Naturally, they do not like this, given that they have been doing just that for years without benefit. The alternative strategy of doing whatever they can to help poorer workers improve their circumstances, to force capital to stop pitting one group of workers against another is appealing to them.

The working people I have taught have always been supportive of Keynesian macroeconomic policies. Now it should be easier to argue for large reductions in defense spending and for increases in social welfare spending. The unwillingness of the government to support policies that benefit workers can now perhaps be confronted directly as a part of the capitalist system in which business exerts dominant control over public policy. This will be especially the case when a Democratic administration proves to be no more capable of promoting fundamental change than a Republican government. Independent politics is in the air right now, and while much of it has been channeled by powerful economic interests and the right-wing media into the reactionary politics of groups such as the Tea Party, it might, under the certain circumstances, develop into something like a labor-based political party. Certainly, labor educators can now openly argue for this. They can pretty much be as radical as they want.

I teach mainly union workers. They have never been more receptive to radical ideas, never more open to the notion that capitalism cannot, ever, be the vehicle of their liberation from the drudgery or work and the insecurity of daily life. Yet, the unions continue to shrink in numbers and political influence. There is plenty of pent-up anger among the working people of the United States, but this hasn’t translated into a growing working class movement. Every day for the past few weeks, we have been watching on television the mass anger of Egypt’s educated but jobless youth and its frustrated workers erupt into vast and well-organized demonstrations that have paralyzed the country’s economy. The corrupt and murderous government, a compliant ally of the United States, has been powerless to stop them. They have forced the odious multi-billionaire Mubarak and his family from power after thirty-two years of dictatorship. This is a country where poverty is beyond the grasp of most of us in the United States and where the risk of confronting the government is infinitely more risky. In Egypt, class power is on display. Time will tell if it spreads and deepens. But if this can happen in Egypt, where no one would have thought it possible just a few weeks ago, it could happen anywhere, even here. This is why it is always important to fan the flames of struggle, in the streets and in the classrooms.