panis angelicus Sometimes at night in our motel room, I put on headphones and listen to music on my computer. I subscribe to Rhapsody, which gives me access to millions of songs. I pick one and go from there.  Once a piece is chosen, Rhapsody recommends others; a second song leads to a third, and so forth, until by evening’s end, I have a long playlist, one I can come back to whenever I want. It’s a good way to find music I didn’t know about.  Like Talk to Me of Mendocino: “Never had the blues from whence I came, but in New York State I caught ’em.”  Or Heart Like a Wheel: “And it’s only love and it’s only love that can wreck a human being and turn him inside out.” One evening, I found Cole Porter singing all the lyrics to Anything Goes.  I like the last verse:

Can broadcast a bed from Simmons 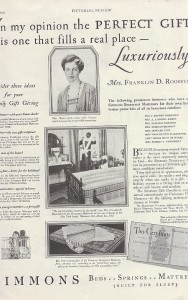 Usually I spend at least a little time listening to religious music.  When I was in Catholic grade school, I joined the choir. We sang mass every day. I disliked the nun who directed us, but I loved the music. I can still remember the Latin.  Dies Irae (Day of Wrath) from the Mass for the Dead. Emitte Spiritum Tuum (Send Forth Thy Spirit), which is part of a prayer and sung at some masses. There were all too many songs about Mary, the mother of Jesus. One I remember had this Latin verse:

Mother of God and Mother of forgiveness,

Mother of hope and Mother of grace,

For some reason, I liked the words “spei” and “laetitiae.”  Don’t ask me why. The one Mary song it is hard not to like is Ave Maria. Franz Schubert’s version is great, but I like Charles Gounod’s a little better. I am moved when the singer says, “Ora pro nobis peccatoribus, nunc et in hora mortis nostrae.” (Pray for us sinners, now and in the hour of our death.)

My mother is Catholic.  But my late father was not. His parents were strict Baptists and strongly anti-papist. Grandpa was upset that John F. Kennedy would take his marching orders from the Pope.  Dad married a Catholic anyway and never seemed much influenced by his parents’ religiosity. When the Baptist minister came to visit, to see why dad wasn’t going to church, I’d  have to answer the door and tell him dad wasn’t home. Maybe to make up for his errant ways, dad would play gospel records on Sundays, and I’d listen after we got home from mass. He liked Tennessee Ernie Ford and Mahalia Jackson. Others: “Others, Lord,  yes others, let this my motto be.” Sweet Hour of Prayer: “That takes me from a world of care.” Peace in the Valley: “And the beasts of the wild shall be led by a child.” He’s Got the Whole World in His Hands: “He’s got you and me brother in his hands.”

Later I heard other songs that became favorites.  The incomparable Paul Robeson singing Jacob’s Ladder at his “Farewell” concert at Carnegie Hall in 1958: “Every rung goes higher and higher; we’re soldiers in this fight.” There is more than one way you can take that. Hank Williams great song of conversion, I Saw the Light: “No more sorrow, no more night.” Those of us who are not religious usually have scorn for such sentiments.  But sometimes “seeing the light” changes a person’s life for the better. We knew a woman who used to babysit our children.  Abused by her husband and mocked by her own child, she was seized by the spirit.  Her life changed, and although she had some what to us were crazy ideas, she did good deeds until she died. If a man goes into a church everyday and prays that he won’t take drugs or get drunk, what harm comes from that?

Another hymn I enjoy and sometimes sing to myself is Leaning on the Everlasting Arms: “Safe and secure from all alarms.” (Iris Dement sings the first one I have linked.  For a more gospel feel, listen to the one by Carl and Pearl Butler). I first heard it sung by Robert Mitchum in his fine film, Night of the Hunter. Mitchum plays a crazed criminal turned preacher who is after money he discovers his prison cell mate, Harper, has hidden. Harper dies in a shootout with police, but not before he gives the cash to his children. The preacher tracks down Harper’s wife, and from here, the film revolves around his murderous search for the money, which is hidden in a doll of Harper’s little girl.  Here is a good description of one of the opening scenes of this eerily frightening movie:

Ominously with a slanted camera angle, a train approaches the small town – carrying Powell who has been released from prison and is in malevolent pursuit of the money, Harper’s children – and Harper’s widow.

On a moonlit night in their bedroom (with strange angles and shadows), John and Pearl are getting ready for bed when Pearl asks for a bedtime story. John relates a story about a rich king who had a son and daughter, living in a castle in Africa. One day, the king was taken away by bad men, but before he was taken off, he told his son to kill anyone who tried to steal his gold while he was gone.

And before long, the bad men came back and…

Just then, for a frightening moment (strikingly portrayed from John’s point of view or perspective), a huge, terrifying black shadow of the head of the ‘Preacher’ covers John on the wall of the children’s bedroom. Pearl gasps and points in fear. Looking out the window, John sees a preacher dressed all in black standing by the streetlight in front of their house. The preacher slowly strolls away, seductively singing a modified version of his signature tune (and the film’s ironic refrain), the hymn – “Leaning on the Everlasting Arms”: “Leaning, leaning…”

If I had to pick a favorite hymn, it would be Panis Angelicus.  This is part of a long hymn written by the Dominican monk and philosopher, Saint Thomas Aquinas, he of the “just price” and the proscription against charging interest on loans, two of the principles that regulated buying and selling in feudal Europe. A Benedictine monk was my first economics professor (Thomas’ family wanted him to become a Benedictine—the original Benedictine monastery was near his home, and his uncle was abbot there— and his brother once kidnaped him to prevent him from joining the Dominicans), and in History of Economic Thought, we devoted more time to Aquinas than to Keynes.

The hymn reflects both an ecstatic joy and an ethics that makes it clear that the Christian god is a god of the poor and the humble, because god becomes poor and humble, becomes, in fact, our food. The symbolism is powerful, and it is not hard to see why that part of the Mass known as the Eucharist is attractive to believers:

(The bread of angels

becomes the bread of men)

our food: beggar, slave and lowly man*) A second verse, not usually sung, beseeches god to “lead us through Thy ways, we who wish to reach the light in which Thou dwellest.”

This post is introduced by a youtube video, in which Luciano Pavarotti sings the Panis Angelicus set to music by Cesar Franck. My mother likes Pavarotti. She goes to Mass every Saturday night.  I tell her to pray for me and Karen, and she laughs.  But she prays nonetheless. For all of her children and for all those she knows who are suffering. Some day when she dies, I will play Panis Angelicus in her honor. She has always been “poor, a servant and humble.” And like all of us, each in our way, she is trying to “reach the light.”

* I want to thank Michael J. Smith for correcting the original translation.