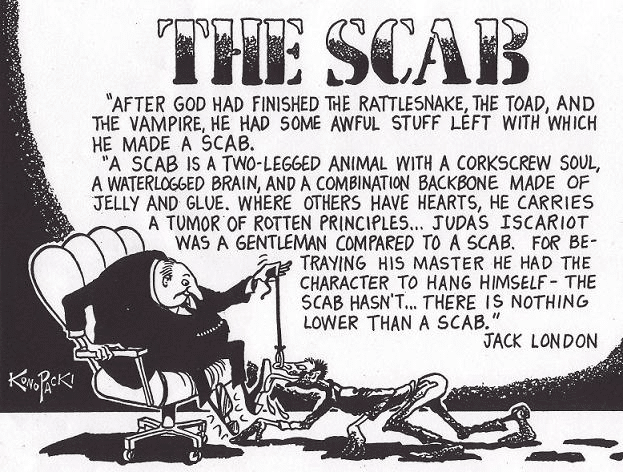 I have a Facebook friend who is a prominent liberal activist and writer. He tells us on his website that “My labor experience dates back to working as a staff organizer in Las Vegas for the Hotel Employees & Restaurant Employees (HERE) International Union starting in 1988, then serving on the Executive Board of UC-Berkeley’s Association of Graduate Student Employees (AGSE/UAW) in the early 90s, serving as an appointee to the Berkeley City Labor Commission for a number of years, organizing a labor-environmental network (the California Network for a New Economy), organizing community support for labor struggles in Northern California, and serving in the national legal department of the Communication Workers of America. This past year I worked in a union-side labor firm in New York City.”

Recently he wrote a series of articles on “Google and the costs of lost privacy.” These appeared on Huffington Post. To help publicize his work, he put a reference to them on his Facebook page. I was surprised to see that he was writing for Huffington Post when there is a boycott by writers and labor unions against the online newspaper. When I told him so, he took umbrage, posting that there was legitimate disagreement among “labor folks” about the Huffington Post boycott and that “labor folks” like Dean Baker, Robert Reich, and Jared Bernstein were not honoring the virtual picket line around the newspaper.  Besides, he said, this isn’t a strike or boycott called by the workers at Huffington Post, the implication being that this isn’t really a labor dispute whose picket line must be honored.

Here is what the National Writers Union says about the boycott:

In the short-term, we are trying to win a settlement for the hundreds of journalists who contributed their work for free in order to bring more traffic to this “progressive” blog. These were journalists who worked on assignment, under editors. After establishing a progressive brand and following based on this free labor, Arianna Huffington sold HuffPo to AOL for $315 million, and landed a $4 million/year job as content director for AOL.

She and AOL owe these hundreds of writers, and we are working towards reaching a settlement. But even more important, we want to set a standard for a living wage for all online writers we can take to other content farms, like Demand Media, worth $1.5 billion that pays its 9,000 freelancers a penny-a-word. In the process, and in order to win these demands, we are building a bigger and more powerful NWU.

HuffPo was built by the unpaid writers who filled it with fresh content that made it stand apart from the rest. Arianna Huffington says that writers should be glad to write for free in exchange for free exposure. But it is the Huffington Post that reaped and profited from free exposure brought by these writers. AFL-CIO President Rich Trumka, and the Presidents of the UAW, CWA and USW are honoring the boycott as is Jobs with Justice. There’s a lot at stake. We are fighting to shape the future of digital journalism. Don’t cross the picket line.

This sounds like a labor dispute to me, with strong support from people in labor unions and writers who want paid for their work. Sportswriter Dave Zirin, who unlike Dean Baker, Jared Bernstein, and Robert Reich, earns his living as a writer, supports the labor boycott.  He says,

Ms. Huffington is creating a new editorial business model built on the desperation of the 21st century journalist. It’s a business model that enriches itself by selling the snake-oil that, for a writer, ‘building your brand’ is an end unto itself . . . I think it’s dangerous for the future of our craft and I ain’t gonna work on Arianna’s farm no more. The virtual picket line should be respected for this reason alone.

I’m with Dave here. Liberals like my Facebook friend seem to work under the assumption that there is always a compelling reason to throw working people under the bus if there is a chance that the greater good they claim to be striving to achieve can be pushed ever so slightly forward. By their logic, Dave Zirin would better serve the progressive cause by writing for the multitude of Huffington Post readers than adhering to a pure but naive principle. I disagree.  Everything that is wrong with this society—the low wages, the poor social services, the astonishing inequality, the enormous prison population, the multiple forms of alienation, and many others—has its root cause in the exploitation of working men and women. Ariana Huffington is an exploiter, and as such, is an enemy of the working class. There is a labor action against her paper, so it is the duty of “labor folks” to support it.  If people know about this and they write for Huffington Post, then, to put it bluntly, they are scabs.