Home /In Search of the “Real America” 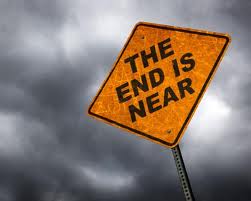 This past June, I attended the Left Forum at Pace College in Lower Manhattan. I used to love to go to this city. We visited often and moved there twelve years ago, planning to stay for at least five years, while I worked for Monthly Review magazine and Monthly Review Press. We lasted one year, knowing that we had made a mistake. We enjoyed Manhattan, but not enough to compensate for the stresses of daily life.

I went to the conference to help my comrades at Monthly Review Press sell books. It was nice to see acquaintances and meet people I knew only through correspondence. I didn’t attend any of the hundreds of sessions or make a presentation, concentrating instead on promoting our publications and generating much-needed revenue. After the last plenary session, some of us went to dinner and enjoyed interesting conversation. And so, the weekend passed.

This was the fourth time I traveled to New York City since we left in 2002. I anticipate each trip with excitement. I hope that my old love affair with the nation’s greatest metropolis will be rekindled.

But it never is. After years of living on the road, seeing the country up close and personal, hiking thousands of miles in beautiful places, enjoying solitude, Manhattan seems a nightmare. Trash everywhere, noise, traffic, pedestrians cheek by jowl, too much light at night. Precious little green space. The city used to be a center of working class militancy, radical politics, and popular art, literature, and music. But today, it is mainly a haven for the world’s rich, who exploit the (increasingly immigrant) working class that serves them. It seems just a monument to shopping, dining, and deal-making. Everybody is hustling, all day, every day.

Monday morning, I walked north on Broadway toward Penn Station to catch an early train. Thousands of men and women were streaming down the street in the opposite direction, on their way to start a new workweek. They already looked harried, sweating in the humid heat, glued to their smart phones, ear buds in place, eating a quick breakfast on the run, trying not to spill their coffees, never noticing anyone or anything around them. An almost apocalyptic scene, reminding me of something someone once said to me. He chastised me for not understanding that New York City is where the people are, where the action is, “where it’s at.” This was the “Real America.”

I don’t know what the “Real America” is. We do pretty much the same things no matter where we live. Whether we are in Yellowstone National Park, Miami Beach, Portland, we spend our days working, eating, loving, struggling to make some sense of things. And for nearly everyone, everywhere, money rules, we obsess about possessions, most of us are oblivious to our surroundings, worried looks cloud our faces.

Those who live in our megalopolises—especially the wealthy, intellectuals, and those in the arts—think of themselves as more sophisticated, knowledgeable, savvy than those who live outside their bustling confines. They can’t believe that anyone would choose to live elsewhere, and they suggest that if New York City, Chicago, and Los Angeles weren’t superior places, why would so many people live in them.

And, at the same time, people who don’t dwell in cities too often speak as if urban locales are home to an evil species of callous, uncaring beings, and they readily admit that they have no strong desire to visit them. They think of themselves as representatives of the “Real America,” purer in spirit, more appreciative of nature and the small-town virtues of helping your neighbors, family values, patriotism.

What these perspectives—myths might be a better word—miss is that larger, economic, forces are at work with respect to the connections between urban areas and the rest of the country. In capitalist societies, growth and wealth in one place almost always come at the expense of another, with a constantly changing cast of victims. The drive of urban society’s movers and shakers to accumulate capital has generated decisions that have spelled ruin for small and medium-sized towns and rural regions. For example, the forced consolidation of farm land into what journalist Carey McWilliams called “factories in the fields,” doomed once vibrant rural communities, in much the same way as trade agreements have destroyed Mexican towns and villages. In each case, migrants flocked to the cities looking for work, providing urban residents with a large pool of cheap labor. Similarly, urban capitalists shifted production from once prosperous factory towns to other countries, with similar effects. These same entrepreneurs have mined, drilled for oil and gas, and done the military’s dirty work, all of which have made much of the nonurban parts of the United States ugly and inhospitable places to live. What is more, the choices made by urban elites and the public officials that obey their commands, have directly impacted the cities themselves. These have shifted much production away from urban centers, forcing workers to move to the suburbs or remain in hollowed-out ghettos. The hubs of many cities are no longer filled with shops, apartments, and sidewalks alive at night. It is even the case that an entire city will be abandoned if it cannot be any longer made to serve the needs of the powerful. Look at Detroit, once the fourth largest city in the United States.

The end result is that our most important cities are overcrowded, alienating habitats for most of those who live and labor in them but palaces of consumer delights for those with money. And the rest of the nation consists of the lesser cities, with their moribund downtowns and decaying infrastructures; suburbs, with their sameness, shopping malls, green lawns, trim houses, and spiritual deadness; small towns, with no services, inferior food in the grocery stores, poor medical care, and their own brands of environmental destruction; the vast wastelands of what is left of rural America, with factory farming, pesticides choking the air, trailer parks, amphetamine epidemics, and towns where residents so often look worn out and alone. Even the remaining beautiful places have become victims of urban cash. You will never see a full moon or stars as bright and numerous in a city as you will in Moab, Utah or Estes Park, Colorado. Yet, tourism wreaks havoc in both places, and natural gas fracking devastates the landscape.

Rather than the denizens of urban and non-urban places carping at each other, perhaps it is time to radically transform our living spaces. There is no reason why our populations should not be more evenly dispersed geographically. We could begin to reintegrate town and country, with an eye toward making both spaces more livable and self-sustaining, especially in food production and distribution. Smaller cities and larger towns, closely connected to or surrounding green and farming spaces, would be more amenable to democratic control and the production of safe food and water. They would also be more likely to give equal access to those aspects of culture now denied to so many of us: symphonies, art galleries, lectures, good schools. As communal needs changed, we might be better able to alter our spatial configurations; for instance, we could more easily do what will be necessary to avoid or at least ameliorate the environmental calamities we will surely be facing.

Our built spaces are growing ever more out of kilter. They reflect the relentless, unregulated pursuit of profit by capital and the rapidly rising inequality that has been its primary consequence. If present trends continue, U.S. cities will become increasingly unlivable, and our small and mid-size towns will continue to die or, if they manage to prosper, will become our cities writ small, with the same disamenities. The time to reverse these developments is now, before a future worth living becomes a dream that can no longer be realized.

This essay was originally published in counterpunch and is available at http://www.counterpunch.org/2013/11/25/in-search-of-the-real-america/