Home /Speak Out, Fight Back! 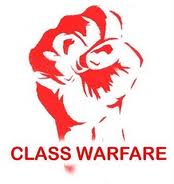 We spent six weeks in January and February in Ford City, Pennsylvania, my hometown. We stayed with my mother, in the house in which I grew up, and slept in the twin beds in my old room. Fifty years ago, I would pull up the covers and listen to faraway AM stations on my father’s Hallicrafter shortwave radio. I’d think about girls and baseball games and fall asleep while the train whistle blew in the distance. I never thought, much less worried, about the future.  It was a hopeful and prosperous period for the white working class, and I couldn’t imagine anything but good times ahead.

Today the good times are all gone. The population (a little over 3,000) declined by nearly 10 percent in the last decade, and it has been falling since the 1970s.  It is half what it was when I was a teenager. Jobs are scarce; drug and alcohol abuse are rampant (there were two heroin overdoses in one evening); wages are shockingly low; and homeowners, including one of my relatives, are selling out to the Marcellus shale companies for ridiculously small sums of money. The glass factory and the pottery that once paid union wages are shuttered. Every day, the local paper lists a slew of arrests, jail admissions, and fines levied. The sad affects of the shoppers at the Wal Mart and the crowds in the store at midday—retirees and younger men and women who would be at work in a more prosperous area—are paradigmatic of what has been happening.

We took frequent trips to Pittsburgh, about forty miles south, traveling occasionally on back roads that went through some other small towns.  They all looked poor and rundown, victims not only of the demise of local manufacturing and mining but also more than two years of deep recession. Pittsburgh, itself, was dreary and dirty, with roads chock full of deep potholes.  Gang violence and murders are appallingly common; public services are getting ever more scarce; and the city’s finances are in disarray. Given what we saw, we were stunned when the Economist rated Pittsburgh one of the most livable cities in the world.  My guess is that if you gave the magazine’s editors a choice of cities in which to live, none of them would choose Pittsburgh.

Western Pennsylvania may have features that make its economic misery unique, but I think in most respects it is not that much different than scores of other regions in the country. New York Times columnist Bob Herbert put it well in his final column last week:

So here we are pouring shiploads of cash into yet another war, this time in Libya, while simultaneously demolishing school budgets, closing libraries, laying off teachers and police officers, and generally letting the bottom fall out of the quality of life here at home.

Welcome to America in the second decade of the 21st century. An army of long-term unemployed workers is spread across the land, the human fallout from the Great Recession and long years of misguided economic policies. Optimism is in short supply. The few jobs now being created too often pay a pittance, not nearly enough to pry open the doors to a middle-class standard of living. . . .

High unemployment, enormous and growing inequalities in wealth and income, and endless wars are pestilences that stalk the land, leaving in their wakes a litany of woes: homicides, suicides, heart attacks, hypertension, arrests, prison admissions, mental illness, post traumatic stress disorder, alcoholism, drug addiction, homelessness, family dysfunctions, and a host of others. Job growth is so slow that it will take nearly a decade just to get the unemployment rate down to 5 percent.

The U.S. economy and the economies of nearly every other country are under the firm control of financiers rich beyond comprehension, and these individuals and the firms they direct want a pliable and insecure worldwide labor force that will do their bidding.  They stand ready to exert their enormous power to get their way, whether by shutting down plants, moving offshore, outsourcing jobs, disseminating propaganda through their media, or flooding politicians with money. They have no loyalty to any country, only to the expansion of their capital. If a nation tries to put in place policies that benefit working people, finance capital stands ready to attack its currency and move its resources elsewhere. Governments disobey their monied masters at their peril.

What all of this means is that the trajectory of working class life is at best stagnant and at worst continuously downward, ever more insecure and precarious. The rich will get richer, and the rest of us will serve them in one way or another. It will not matter who is president or prime minister or what promises any aspiring politician makes. Whatever could be done to alleviate human misery will not be done. In the United States, there will be no “New New Deal,” no universal health care, no concern for the poor, the aged, the infirm. There will be nothing but a deepening assault on the living standards of the working class.

The hope for a better future has been deeply ingrained in the American psyche. And this hope had some basis in reality, even if the “rags to riches” saga was more myth than truth. Today, however, hope is a pipedream for most. Our best days are behind us. We have good reason to be anxious and depressed; the future looks bleak because it will be.

Unless, that is, we do something about it. It is time to resurrect what Karl Marx and Frederick Engels said at the end of The Communist Manifesto: “The workers have nothing to lose but their chains. They have a world to win. Workers of all countries, unite!” These words might sound quaint, antiquated slogans of a bygone era.  But they are as relevant as ever. One proof of this is that the enemies of the workers, the finance capitalists with all the power, have taken them to heart for a long time.  As Warren Buffett famously said, “There’s class warfare, all right, but it’s my class, the rich class, that’s making war, and we’re winning.” Well, it is far past the time for us to wage class war in return.  If much of what we had has already been taken, and what we still possess is under assault, we really don’t have much more to lose but our chains.

Right now, across the world, millions of people are rising up in protest against dictatorships that have not only denied their citizens basic democratic rights but have implemented the neoliberal agenda of attacks on workers. In Tunisia and Egypt, the masses said “enough is enough,” took to the streets, and overthrew their governments. In Bahrain and Yemen, they have bravely faced bullets to demand freedom. Civil war has erupted in Libya, and protests have spread to Syria. Chinese workers are organizing, as are those in India and South Africa. Iran may soon once again see its streets full of anti-government demonstrators. What my friend Elly Leary said about the top leadership of most U.S. labor unions applies in spades to the world’s autocrats, “Everyone can and should be replaced.”

This past February, revolt spread to the United States, with the remarkable uprising by public employees in Madison, Wisconsin. Working persons around the country have taken heart from this, and protests have erupted in other states. As living standards continue to deteriorate, what happened and continues to happen in Wisconsin might give others the courage to rebel.

Readers sometimes ask me what I think should be done to reverse the collapse of the labor movement and the one-sided class struggle Warren Buffett and his ilk have been waging. I usually hesitate to answer, arguing instead that the people themselves will figure out what to do as they fight to improve their circumstances. Let me make an exception here and issue a call to arms.

Educate yourselves so that you can learn what is going on in the world. Do not be taken in by the mainstream media, whose owners are more interested in making money than in telling us the truth. Do not fall for the hatemongers who would have us believe that immigrants or Muslims or the Chinese are to blame for what is happening.  They are not.  It is the economic system and those who control it that bear responsibility. We must make common cause with all exploited people, no matter their race, ethnicity, or religion. We have more things in common than not.

We must stop believing that this or that election will make much difference.  It will not. President Obama says he is a man of the people.  He is not.  He is a war maker. He cares little for democracy and a lot for Wall Street. When he and his opponents tell us that taxes on the rich must not be raised, that deficits must be immediately cut, that we can’t afford Social Security and Medicare, that public services must be cut or privatized, that money doesn’t matter when it comes to quality schooling, that Iraq and Afghanistan and Libya and all the new wars being planned are necessary to protect our freedoms, that all the things we think are good are really bad, remember that they are lying. Remember that it is better not to vote than to vote for the lesser of two evils. Fight politically for programs not for people. Build an independent party for workers.

Organize your workplaces. You have no chance otherwise. Your employer does not have your interests in mind when it makes decisions. You are not “associates” or “team members” or valuable and cherished human beings.  You are costs of production; the harder you work and the lower your wage, the more valuable you are. You will be scrapped like worn out machinery whenever more money can be made with other workers in other places.

If you are in a union, demand that the rank-and-file control it.  Reject all labor-management cooperation schemes.  Don’t abandon the strike. Make compromise a tactic not a strategy. Many union leaders are as bad as employers. They care for us just as little. Show them the door as soon as you can. If it is just for Egyptians to demand democracy, it is for you too.

I am a writer and a teacher.  It is my duty to choose sides when I write, to be allied to the working class.  It is my duty to teach my students to think for themselves. We should use whatever skills we have to push our struggles forward. This might be a time when what we do matters. We must speak out.