Home /The Obtuseness of the "Left Establishment" 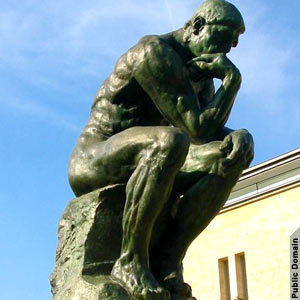 Recently a group of U.S. left-wingers, myself included, signed an open letter to certain members of the “left establishment,” urging them to come into open opposition to the Obama administration.  Among those to whom the message is directed are Michael Moore, Katrina vanden Heuvel, Bill Fletcher, Tom Hayden, and Jesse Jackson, Jr., all of whom vigorously supported Obama’s election as president.  For them, Obama was a progressive and the best hope for a better, more equitable United States. Unfortunately, Obama has proved to be other than they believed.  Although the letter doesn’t specifically say so, it implies that the signers don’t understand why otherwise intelligent people cannot say once and for all, now that their hopes have been so decisively dashed, that Obama is an enemy of working class men and women.  To quote our statement:

[The Obama administration] has advanced repeated assaults on the New Deal safety net (including the previously sacrosanct Social Security trust fund), jettisoned any hope for substantive health care reform, attacked civil rights and environmental protections, and expanded a massive bailout further enriching an already bloated financial services and insurance industry. It has continued the occupation of Iraq and expanded the war in Afghanistan as well as our government’s covert and overt wars in South Asia and around the globe.

Now, the simple explanation of what Obama has done is that he was never a progressive to begin with.  There was ample evidence for this.  For me, the most telling was his selection during the presidential campaign of a University of Chicago economist as his chief economic advisor.  Since becoming president, his choices have been similar. His appointment of two vicious opponents of social security to chair his deficit reduction commission is as good an example as any.

The simple explanation seems to be too hard to swallow for the “left establishment,” and they have twisted and turned to find an alternative and at the same time rationalize their active support for Obama’s election.  One tactic has been to say that they have been steady critics of Obama, eliding the difference between “criticism” and “opposition.”  AFL-CIO president Richard Trumka sharply criticized Obama’s two-year pay freeze for federal workers.  However, he will never oppose Obama’s nomination for president in 2012, and he will pour millions of dollars of union member dues money into Obama’s reelection.

Recently, some black progressives have argued, in tacit support of the president’s actions, that Obama has had to be very careful in trying to get at least some progressive initiatives enacted lest he seem another “angry black man.”  One black intellectual even invoked the specter of Mau Mau, the violent 1950s African rebellion in Kenya, home of Obama’s father.  Obama has to keep cool, offering compromises to his (white) enemies, lest whites fear for their lives. An angry black man would apparently never have gotten any progressive legislation enacted.

Aside from the fact that “angry black men” (and women) have been in the forefront of the struggle for racial equality and overall social justice in the United States (Frederick Douglas, Fannie Lou Hamer, Malcolm X, Martin Luther King, Angela Davis, to name a few), and apart from the obvious truth that Obama’s policies have overwhelmingly helped the rich and hurt the poor, this argument is ridiculous.  Obama could have cooly insisted on single-payer health care, an end to the Bush tax cuts for the wealthy, hands off social security, and an end to war in Afghanistan.  Why would he have to scream or sound angry?  And wouldn’t people of all races, ethnicities, and genders have welcomed a little anger from their president?  There is certainly plenty to be angry about.

Another argument put forth, by both black and white progressives, is that overly harsh criticism of Obama from the left will drive the masses of Black (and Hispanic) voters away from the Democratic Party and to the right, to our eternal detriment.  Like the angry black man canard, this one is offensive to the intellect.  It presumes that Obama’s strongest supporters cannot now grasp that he is their enemy and not their friend.  As Obama oversees cuts in Social Security and Medicare and attacks our public schools, I think it is a safe bet to say that many Black and Hispanic men and women will become disillusioned.  I have a strong suspicion that more than a few already have.  And won’t they see that Obama’s policies have continued the anti-working class initiatives of the Bushes and Clinton, wrecking the prospects of the very black men whom Obama keeps hectoring for not living up to their responsibilities?  Even if we could plausibly say that minorities will be driven into the arms of the right, who will be doing the driving?  I’d say it was Obama.

Opinions abound as to who is the “real” Obama.  The writer Lewis Lapham sees Obama as a “celebrity,” with little substance.  He says,

Barack Obama in 2008 scored the apostolic music for gospel choir and guitar, but to notice that he failed to work the miracle of the loaves and fishes is to miss the point, like noticing that David Hasselhoff can neither sing nor dance. The author of two best-selling book-length self-promotions, Obama was elected by virtue of his celebrity, a commodity meant to be sold at the supermarket with the cosmetics and the canned soup, elevated to the office of a totem pole.

Lapham is on to something here. Obama became president with a resume nearly as empty as that of George W. Bush. It is remarkable that the “left establishment” didn’t notice this, didn’t ask if the substance of the man matched the hype.

Another view of Obama is expressed by a friend of mine, who says that Obama is an intelligent agent of the capitalist class who knows exactly what he is doing. I think he is on to something too.  Consider what Obama said on the campaign trail in Beaumont, Texas. In response to a health-related question from a black woman, he said,

I know some of y’all got that cold Popeye’s [chicken] out for breakfast. I know. That’s why y’all laughing. You can’t do that. Children have to have proper nutrition. That affects also how they study, how they learn in school … It’s not good enough for you to say to your child, ‘Do good in school,’ and then when that child comes home, you got the TV set on, you got the radio on, you don’t check their homework, there is not a book in the house, you’ve got the video game playing.

I remember thinking that this was an offensive comment. It played right into the worst white stereotypes of black parents, blaming them for the failure of their kids to prosper, while ignoring the awful material circumstances that are the real culprits. Why would he do this except to signal to the white middle class (those most likely to vote) and to his paymasters that he was not going to be a progressive president? That there was not going to be a rerun of FDR’s strong tilt to the left during the first years of the Great Depression.  How could our “left establishment” have been blind to this?

The obtuseness of the “left establishment” is almost too hard to bear today. In late 2010, two years into the Obama presidency and with hundreds of billions of dollars spent on economic recovery, the economic conditions of working class America, and especially those of racial minorities, are desperate.  In New York City, a recent report found that one in four young black men (those between sixteen and twenty-four) has a job. Only one in ten without a high school diploma is employed.  Nearly 70 percent of these men are not in the labor force, too discouraged even to look for work.  One of the study’s authors said, “Now young black men between 16 and 24 years have become the banner of hopelessness, particularly here in New York City.”  This sense of hopelessness deepens when we consider how many young black men are in prison, on probation, or on parole, not just in New York City but across the nation.

How is it not compulsory now for all on the left to ask some obvious questions? What has Obama done for young black men?  For young black women?  For the poor?  For the working class? For organized labor? For the one million black men and women in prison?  For all those in prison?  For undocumented immigrants? For gays and lesbians?  For those who don’t have adequate or any health care? For the world’s impoverished masses? I am afraid that the answer to all of these questions is “next to nothing.” If this isn’t enough to make us the implacable enemies of Barack Obama, what is?  Someday, if a radical political situation arises, the “left establishment” will try to take control of any movements that develop.  Let’s remember, even as we make necessary alliances, that these people couldn’t see through someone whose political choices have been as transparent as those of Barack Obama.

Who Dares to Tell the…