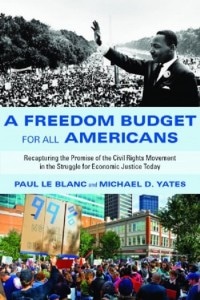 We often visit the monuments and museums along the National Mall in Washington, D.C., and each time I am surprised at my heightened emotions when we are there. Maybe it is because the museums are free and some of the memorials grand and inspiring, and I can imagine for a few hours that this country will one day live up to its professed ideals. In the city a few weeks ago, we looked forward to seeing our old favorites and were excited to see for the first time the Martin Luther King, Jr. Memorial.

I admired once again the Vietnam War Memorial for its unexpected power, sleekness of design, and economy of space and the Korean War Memorial for its ghostlike and wary soldiers on patrol. But I got goose-bumps and teary eyes at the monument to Abraham Lincoln. There is the president sitting, looking out at us, his face homely and expressive. The structure itself is magnificent, a Greek temple that is a graceful juxtaposition to the flinty hardness of Lincoln’s body. Perhaps it is an unintended irony that the architecture is inspired by Greece, the cradle of democracy but also a country dependent upon the labor of slaves. The irony deepens when we realize that Lincoln and his great general, Grant, with the support of fierce and determined black soldiers, did what the Greeks did not—abolish the scourge of slavery.

The beauty of the Lincoln Memorial is that if we knew nothing about the president, we still might be moved by this monument to him. Lincoln’s heroic and tragic life only adds to its emotional force. I see not only the fineness of the structure but imagine Lincoln delivering his words at Gettysburg and in his Second Inaugural Address. What modern-day president would stand before Congress and say something like Lincoln did before his second term began: “Fondly do we hope, fervently do we pray, that this mighty scourge of war shall soon pass away, yet if God wills it continue till all the wealth piled by two hundred years of bondage shall have been wasted, and each drop of blood drawn by the lash shall have been paid for by one drawn by the sword, the judgments of the Lord are true and righteous altogether.” I envision Lincoln visiting Union troops just across the Potomac River and being so distraught over the death of his son, William, that he had the body exhumed so he could see his boy again.

The Martin Luther King, Jr. Memorial is about a half-mile from Lincoln’s. My heightened emotions were deflated as soon as we entered the memorial grounds. The picture that came to mind was of a gigantic miniature golf course. A granite “mountain” has been split into three segments. The middle portion has been placed at a distance in front of the other two, and it is from this part that the figure of King has been shaped. The entire edifice is an almost embarrassingly literal interpretation of a sentence from the “I Have a Dream” speech that Martin Luther King, Jr. delivered from the steps of the Lincoln Memorial on August 28, 1963. He said, “With this faith [that his dream for a better America would come true] we will be able to hew out of the mountain of despair a stone of hope.” Visitors are to enter the monument through the “mountain of despair” and move toward the “stone of hope.” The image of King is colossal in scale, as if he were some sort of mythical hero like Paul Bunyan or a dictator who has demanded an outsized image of himself, the better to put fear into the hearts of his subjects. I was shocked to see King’s visage as white as the granite out of which it is carved.

King is looking off to the side, not at us. Is he seeing the “promised land,” as in his famous words, uttered less than twenty-four hours before James Earl Ray killed him? Addressing a large crowd in Memphis on April 3, 1968, in support of striking sanitation workers, he said, “We got some difficult days ahead. But it really doesn’t matter with me now, because I’ve been to the mountaintop…I’ve seen the Promised Land. I may not get there with you. But I want you to know tonight, that we, as a people, will get to the Promised Land.” Who knows? We felt no connection to him. This is an icon to bow down before, not the representation of a man with whom you want to join hands in struggle.

We were left unmoved by the collection of inscriptions on the wall behind the monument. They seemed a hodgepodge, a collection of disconnected thoughts that taken together were much less than the man who said them. Couldn’t there have been photographs showing that King was a leader of the people? Some recordings of his speeches? His actions and his voice imploring us to fight for justice, these are what we need to remember.

I read about the building of the King Memorial after we returned home. Controversy plagued it from the beginning. The King family demanded and received money for the use of their father’s words and image. The sculptor was Chinese as were his imported workmen, whose wages for their labors are not known. Black artists and unionized and well-paid U.S. granite workers could have been used but were not. The rock, itself, was imported from China, whose government contributed $25 million to the memorial project.

As we were leaving the King Memorial, we saw a group of children, whose bright orange shirts indicated that they were from an inner-city day camp. King devoted his life to the creation of a world in which kids like these, in fact, all girls and boys, would grow up in an egalitarian, hopeful, and caring society. What an insult this monument is to them and to King. Here, it is impossible to grasp King’s radical spirit, his willingness to stand up to the most brutal repression, his brave opposition to the War in Viet Nam, his hope-shattering murder.

Maybe, this entire edifice should be demolished and a monument worthy of him constructed.